There's a new meme becoming popular in the Anglosphere called Gondola. It's a derivative of Spurdo Sparde with no arms or dialogue, generally walking around in various scenes from classic artworks to everyday life. I think they could be most easily characterized in opposition to Pepe or Spurdo, both of whom are subversive in the classically Ironic Meme style of inappropriateness: Pepe will murder Wojak over and over while Spurdo will spout every satirizable position in misspelled and poorly drawn way possible. As usual, everyone's worry is about how normies will ruin Gondola. Not if or when; it's taken for granted that Gondola will become corrupted.

I disagree. It's been four years, and Baneposting is still alive and very well. Pepe is dead the same way Loss Edit is—dead to the Underground, immortalized in the Mainstream with barely a trace of its antecedent undercurrents outside the history books of Know Your Meme. The reason Baneposting lives on is its 'normie-proof' nature: Baneposters simply love it whenever a big guy reference makes it into the Mainstream. This works because the Banepost is a fundamentally aesthetic project. Unlike a Loss Edit whose function is technical creativity, a Banepost must be beautiful also. As much as the Ironics hate the normies, they must accept that what's beautiful is beautiful.

Gondola goes further. It's about beauty. As the child of the neo-aestheticist movement that is the now ironically overused 'New Sincerity', a Gondola is as silent as a stranger's knowing nod. The Underground has earned for itself an intense self-awareness through its struggle with the Mainstream for Pepe or the short-lived spelunk into the abyss of Meta-Irony by the likes of Shitpostbot. At the exit of the cave we discovered that the one thing which persists through all those layers of irony was that which attracted normies to their consumeristic corruption of Pepe in the first place—beauty. That's it: beauty will save our most cherished creations from corruption.

In this way, Gondola is delicate but incorruptible. An 'edgy Gondola' is just an armless Spurdo. Gondola is a feeling that comes from the tenderness of the heart we might call a New Naivete: the earnest, childlike understanding that it's OK to simply feel things, happy or sad. It is a brave, self-aware vulnerability only possible for those who know the loneliness of self-deceit. Gondola is a paradigm of this Post-Irony, just as Wojak's depression and Pepe's cynicism were each a paradigm of the Mainstream's Pre-Irony and the Underground's Irony. It's the golden mean between the shallow narcissism of the Mainstream and the desperate cynicism of the Underground. From the disrupted balance between Feel and Frog came the death of Pepe, but we endured Meta-Irony's trial by fire, and found hope of reconciliation. Pepe lives on through Gondola in the form of this hope.

The normies didn't kill Pepe; we did. To crash the Rare Pepe market, we had to first create one. The initially ironic introduction of arbitrary factors—no less vulgar than the ownership of the un-owned—became precisely the point as we hopelessly attempted to claim that ownership as a collective over a meme against the hoarding, normie masses. What began as a critique of the rigid, prescriptive definition of memes fell into the very same trap of grammatical authoritarianism and swiftly became consumed by the ever-hungry mouths of the normies. And why should they not be hungry? Their diet varies little by necessity. It was only thanks to the most militant Ironics who discarded their humanity—their love for beauty—that they might put off those who dare appreciate without adequate understanding, that Pepe became conceptually simplified enough to be digestible for them at all. Palatability was never an issue.

Thus we return to our darling at hand: Gondola. A Gondola is entirely palatable—it is cute, interesting and charming. It is sincere and relatable. In the earnest black eyes of a Gondola, we do not find an inside joke or an Internet status symbol. There is no hidden agenda or political signaling. Instead, there is gratitude, for the existence of some beauty in the world they inhabit, which is something that cannot be reduced by the possibility of misunderstanding or misrepresentation. Love of beauty begets more of the same—it's the lesson from Baneposting that folk artists of the Internet should take to heart. So long as we can simply love the beautiful, Gondola will live. 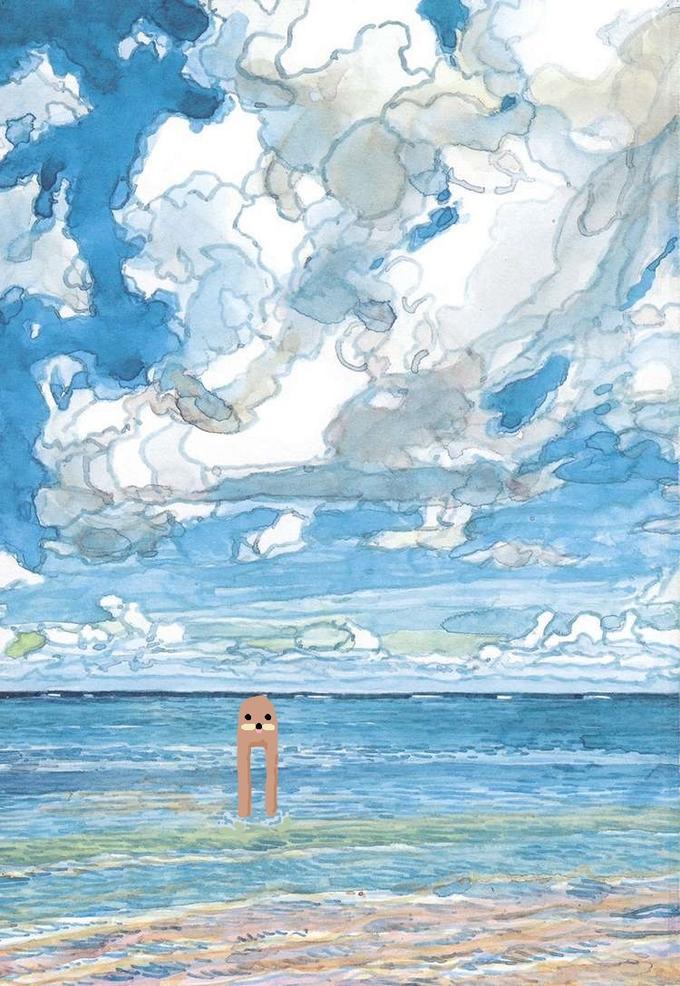