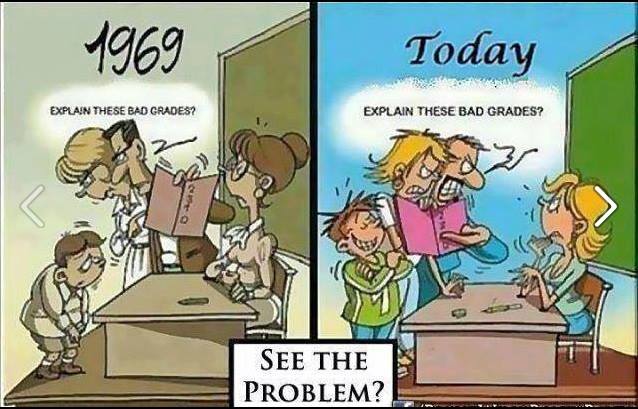 The problem is causality. And no: shouting at me won’t make it less true.

If you think the problem is that kids have it too easy, parents are only superficially interested/involved in their children’s education or even that teachers aren’t empowered enough (all good points)… you’re not seeing the problem: you’re seeing symptoms.

You’re looking at the picture, but you aren’t seeing it. The problem isn’t that the system has changed for the worse. That’s too easy. Everybody gets to feel better about themselves that way.

The problem is that the kid on the left is the dad on the right.