Until recently, memes existed in two largely isolated niches. Inter-group circulation of memes was relatively rare. When ironic memes moved onto Facebook, the new platform forced changes onto the art style unseen elsewhere: the strict anonymity and rapid expiration of Chan posts had hitherto prevented anything beyond ‘meme threads’ in the way of makeshift exhibitions, and curation was (excluding archived pages) private. The various image hosting sites (not to mention ‘humour websites’ which only post what is already popular) also proved too rigid in their hybrid structure which had users submit the memes and ordered them according to number of clicks, likes or other such metric. The result was that each website became something analogous to a massive meme page run by numerous admins; the fluidity promised by the decentralized, democratic structure of these pages was inevitably undermined by the very democratic process through which each user was rewarded and a post was celebrated.

With simple majority vote determining which posts are displayed on the front page, the incentive was fixed in favour of posts that were easy enough to understand so as to attract votes—those that did not were hidden under the sheer volume of posts made each day. Even in the cases of ‘subreddits’ on Reddit, in which any user meeting the minimum requirements (an undisclosed amount of points gained through votes from other users) was able to create his/her own board, the structure of point based exposure remained the same within those boards; similar results were seen on 8chan where any user could create a board—neither deviation from the ‘mainstream’ (in regard to the respective boards) nor the concept of a board dedicated to ironic memes ever took off. Other websites followed in likewise fashion as those mentioned above, their structures being essentially identical. A special exception was Tumblr, whose reblog and hashtag centred exposure system resulted in the formation of stable cliques highly resistant to subversive, ironic materials. Without stable themes for these cliques to centre around, ironic memes never took root other than as curiosities to be ‘ironically enjoyed’. 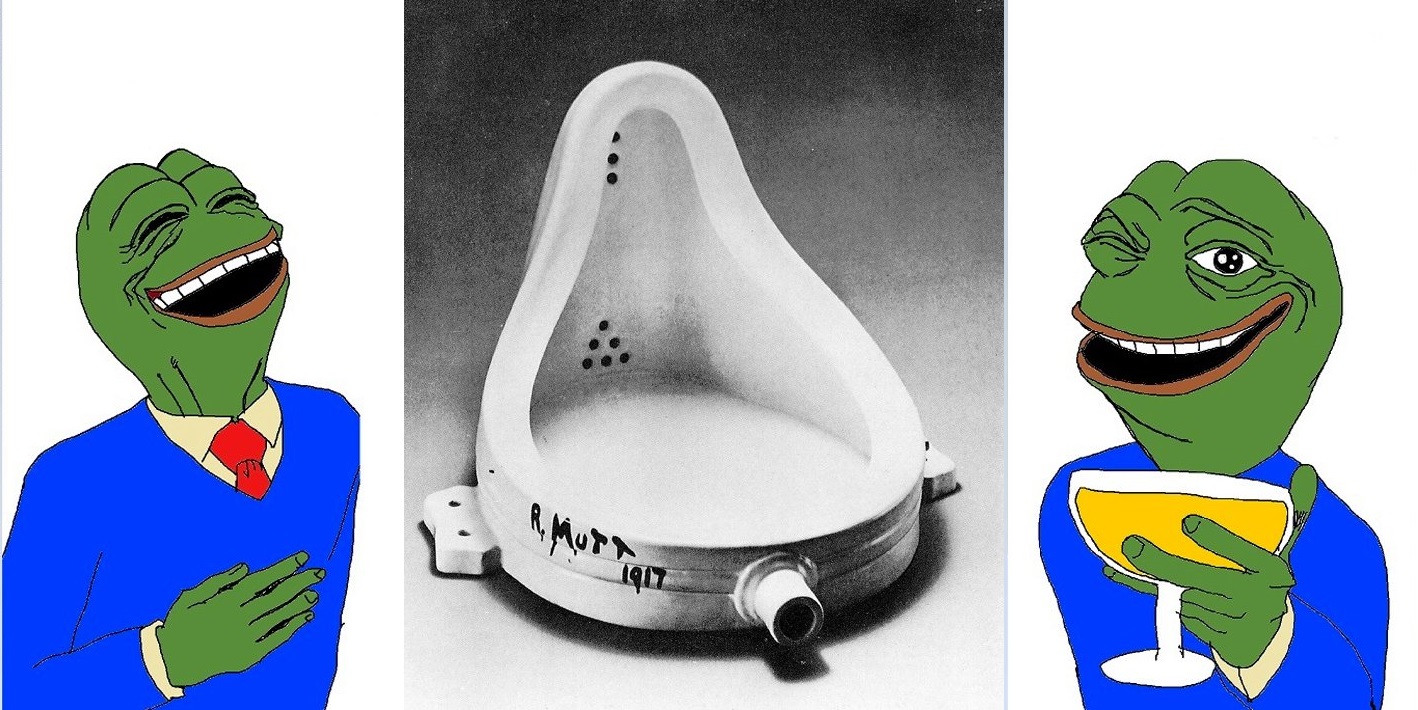 Facebook can be seen as the synthesis of the three types of platforms mentioned above (image hosting websites, user-generated boards and blogs): any user may create his own page, which functions more like a blog than an image board and thus encourages sharing materials from other pages; exposure happens either through the main news feed in the case of those already following the page or in real time through the side bar feed for those who aren’t, in which friends’ interactions with a page is displayed; likes and shares only affect the exposure of comments made by the followers but not the posts made by the page, which are displayed in reverse chronological order with the newest at the top. This crudely minimalistic hybrid of image hosting sites, image boards and blogs proved unique in one meaningful way: the Facebook meme page became something more akin to an organic work of internet art rather than a mere platform for curating and sharing artworks—the very inconvenience of navigating the clunky pages meant the newest posts functioned simultaneously as the front page, while older materials could still be ‘bumped’ into exposure through the side bar feed without replacing other posts. This artistic freedom and constant interaction between artists resulted in the drive for novelty and innovation, propelling forward the progression of ironic memes towards meta-irony. 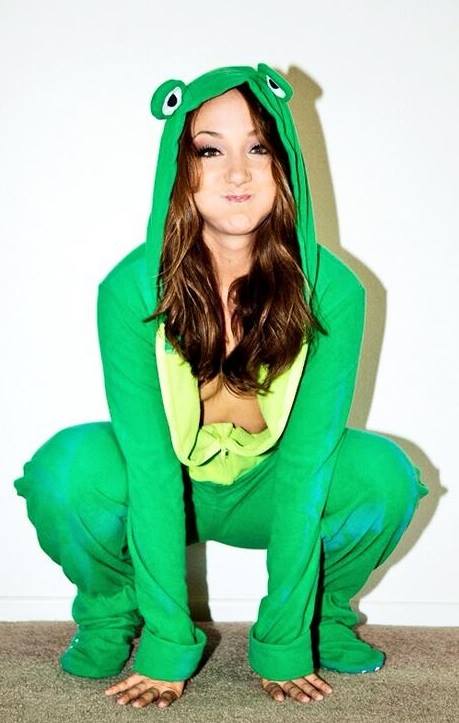 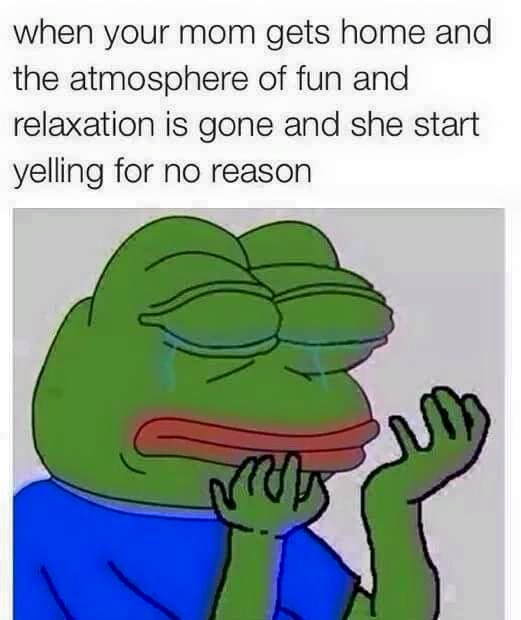 Consider the Shitpostbot 5000, the apotheosis of the subversion of the content through randomly generated memes using templates and a pool of images; and Parallel Universe Memes, the page which pushed the structural limitations of the ironic meme through endless self-referential contents and the use of the meme as an object rather than a message. However, the defamiliarization and subversion of content have yet to be freed from the primary, underlying project of every ironic meme: the subversion of the medium. That is to say, even the Shitpostbot with its destruction of meaning (even ironic message) is not free from the fact that it is ultimately the medium which it subverts, by refusing to adhere to the prescribed use of the templates. There is no escape for ironic memes through this endless repetition of satirizing the already satirical: the message is confined by the medium even (perhaps the most) when its aim is the subversion of that medium. 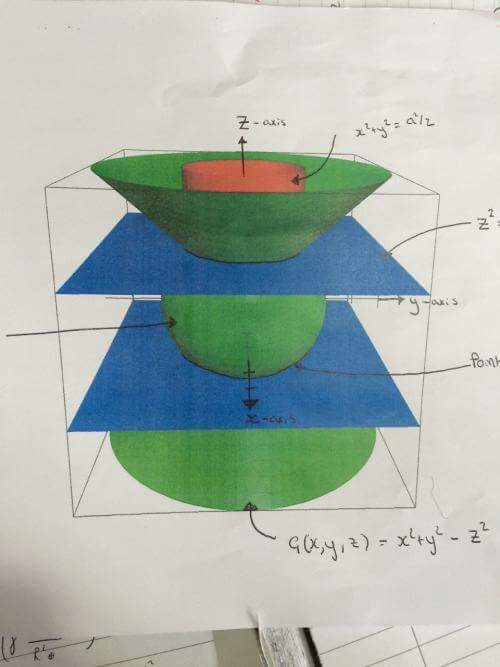 One path remains—the return to memes with coherent meaning. Only through shifting the focus onto the communication of the message rather than the destruction of the medium can the message component of a meme itself be directly challenged. The extent to which meaning can be freely injected into the medium is the extent to which a message is free from the confines of predetermined context and nuance projected onto it by the medium. The act of submitting to the rules of a meme, by acknowledging its role as a medium for communication of the personalized message rather than its inherent nuance and implication, is an ironic subversion of the meme through maximizing its function as the formulaic short hands through which messages are conveyed—word pictures; flexible symbols; hieroglyphic neologisms; linguistic art.