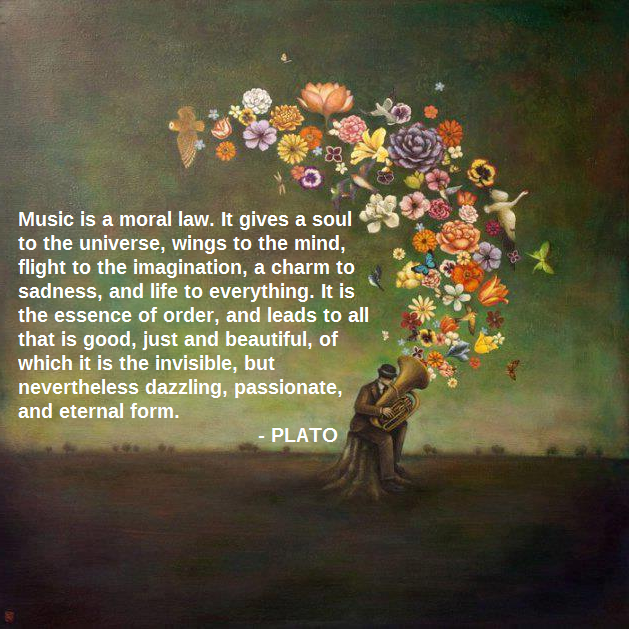 Music is a moral law. It gives a soul to the universe, wings to the mind, flight to the imagination, a charm to sadness, and life to everything. It is the essence of order, and leads to all that is good, just and beautiful, of which it is the invisible, but nevertheless dazzling, passionate, and eternal form.

I have a soft spot for misattributed quotes, such as this one I just made with what is Plato’s most popular (non) quote, often seen on various trinkets you can get from internet stores. I was reminded of it by another one misattributed to Socrates about physical training that one of our fans posted in the group.

I’m not sure whether it’s the affinity between pictures like these and memes, or the endearing way names of famous philosophers seem to capture the imagination of those otherwise unfamiliar with philosophy.

It seems to me that ‘quotes’ such as these which become canon in the public psyche take on a special kind of force that highlights the close relationship between truth and beauty, as well as the fact that the two are not one and the same–although (I hope you will agree) truth is often beautiful, and there is always some truth in beauty.

It’s as if there exists a Plato quite different from one whom we know from his books, a folk hero who loved music and wrote in flowery prose that our world is made up of something beautiful, and that hope exists as an intrinsic component of reality. And isn’t that charming!

(Originally posted to the page)