A Short Note On the Death of Pepe 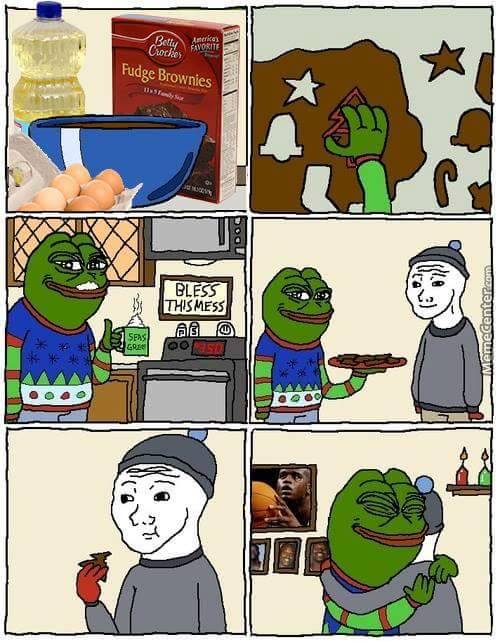 Honestly, I miss this meme. I guarantee that Pepe the Frog is going to become the biggest 'normie' meme of all time. It's popular with high school kids, who are basically the equivalent of university activists in the world of internet culture. It's on the verge of transcending memehood and entering the thinly populated pantheon of organic emojis. It is no longer about "feels good, man" or "feels bad, man"; it has become a meme about itself, just as ironic memes are memes about memes.

Rather than a meme, it seems to represent an entire family of memes--a set of all things Pepe. The linguistic function of Pepe varies fundamentally from that of every other meme: it behaves like a font type rather than a language, and thus merely resembles memes whilst functioning like anime reaction faces or self-referential humor.

Its history parallels that of Wojak's, whose role has been the intersection between normies and ironics, as opposed to Pepe's subversion of its initially indistinguishable role as Sad Frog in reaction to its increasing mainstream popularity. Wojak primarily represents the sincere emotion of 'mere sorrow' as opposed to Pepe's conscious despair and angst, the nuanced nature of which resists such simpler interpretations. It remains free of non-emotive impurity and thus the superior vessel for authorial intent in the expression of sadness.

Pepe is no longer about emotions--especially not the cynicism and despair which propelled it into the mainstream. It is the end result of the relentless, postmodernist critique of the concept of legitimacy in memes, as represented by the likes of Imgur's incessant cries of "you're using that meme wrong". The rejection of this legitimacy, its place as the sadness-signifier in the grand grammatical narrative of memes, ironically places Pepe into the hands of its most conservative enforcers.

The Frog is dead. Long live the Frog.

(originally posted to the discussion group)