This is a Category Document: it’s a living note that I regularly add to, unlike articles, which are stable.

Stuff I’ve been thinking about

Many people take up political beliefs and identities not based on positive beliefs, and not even negative beliefs, but based on caricatures constructed by their enemies. Hatred can inspire not only an ideal in agreement with the hatred (e.g. hatred of poverty generates the ideal of luxury), but also of a counterpositional identity in disagreement with the hatred (e.g. the expression of the hatred of poverty inspires an idealisation of the poor). This is because hatred is often informative and generative of insights. Hatred often entails considerable time and energy, and sometimes produces work in the form of a perverse yet plausibly detailed worldview (which to hate in greater detail still). An antagonistic political identity is the adoption of a political identity based on the caricatures provided by the opponents of this caricature. Most of the time, the boogeyman depicted by the caricature doesn’t even exist, until they suddenly do because of people antagonistically adopting a political identity. It’s an interesting, almost parasitic strategy for learning.

After Pepe, the memetic engineering genie was truly out of the bottle. Weaponised shitposting had been mainstreamed as an idea in the most shocking and extravagant way imaginable. Yet another interesting aspect of post-Pepe meme culture was that esotericism too had been mainstreamed, not as an object of mystery (such as with conspiracy theories about secret societies, or the infamous Hacker Known As 4chan), but as a regular part of the cybercultural landscape. Mainstream esotericism is not a paradox (it’s kind of like public-key cryptography, because decryption depends on more than just access). In fact, it’s increasingly becoming a signal of interesting depth. Esoteric subcultures are high value and worth participating in for those curious enough, because they’re likely to be incubating new ideas within a culture that differs from the mainstream in its values and mores.

The ethics of shitposting

Whenever I talk to anybody about memes, whether it’s a memetically literate ironic shitposter or an ancient academic, they all bring up the ethics of shitposting. Sometimes, it’s about misinformation and radicalisation; other times, it’s about subculturalist issues and aesthetic politics. I’ve talked a lot about the issue from both emic and etic perspectives, and I find myself drawn the most to considerations about the intrinsic value of memes and memecultures themselves. I still think that we need a “memetic biodiversity”.

I think that the rationalist, enlightenment view of mind (in relation to knowledge) as linear, expansive, two-dimensional, accumulative mechanisms, is self-defeating. Things often considered to be epistemic vices, like ignorance, forgetfulness, inexperience, bias, closed-mindedness, and so on, can often be virtues. Prima facie, it’s plausible that epistemic vices are adaptive (or, at least as contentiously: were adaptive at some point).

what comes after postirony: new naivete

I think that the natural progression towards post-irony goes something like this:

A new naivete, something that can stand its ground against both the cynics and the deferentialists (to borrow from Haack’s beautiful dichotomy of the “New Cynics” and the “Old Deferentialists”) in order to breathe new life into humanism, will be made possible through this cultural progression. 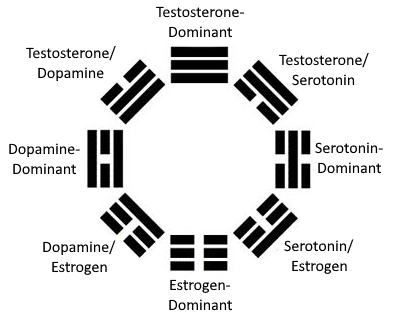 “Pseudoscientific” typologies like MBTI and Enneagrams aren’t so pseudoscientific if what you are looking for is people who answered certain personality test questions in similar ways, have formed an identity around an archetype, and participate in the subculture around the practice. The same could be said about astrology and other identity-building subcultures (and that’s fine).

The addition of digital infrastructure around the pseudoscience and superstition introduces support structures that not only make the impact of these communities more real, but also changes the participants so that the pseudoscientific framework becomes causative of its unjustified predictions. The post-hoc “justification” provided by these frameworks for explaining away this placebo-like phenomenon isn’t the same epistemological justification that science demands, but it’s certainly not something that can be lumped together and dismissed. There might not be much science, but there certainly is plenty of technology involved.

Too many people believe in meritocracy as an ideal based on the notion that intelligence is a virtue worth rewarding with power. But why should more power be handed off to people who were lucky enough to be born with an advantage? After all, plenty of people apply their intelligence for evil ends, and it wouldn’t do to hand them the reins because of their natural gift.

the bioconservative case for memetic literacy

Two bioconservative positions supporting memetic literacy, one conservative and the other radical:

Something to think about whilst checking out the recent literature on cultural evolution.

Like art criticism but with memes. Video games highlight the need for good criticism specific to emerging media, and the people who love to dismiss memes as “just XYZ but online” usually just don’t get it. Sometimes there is tremendous beauty and sophistication involved in great memes. It saves on psychological effort for people to pin new things as being actually just an old thing that they already know about, and there’s often good cause to do this. I suppose it’s the same with most other media (again, video games are a good example that frequently get dismissed in the same way; luckily, there’s a lot of money involved in games, which commands attention by offsetting the psychological cost).

I’d like to make a collection of the memes I made over the past 7 years since starting TPM. I wonder what the best way to display them on the site would be.

Dawkins’ definition of successful replicators in the context of The Selfish Gene (1976) is quite famous: 1. Fidelity; 2. Fecundity; 3. Fertility.

I wonder if this could be applied to memes in a straightforwardly analogical way that Dawkins managed to do with his definition of genes.