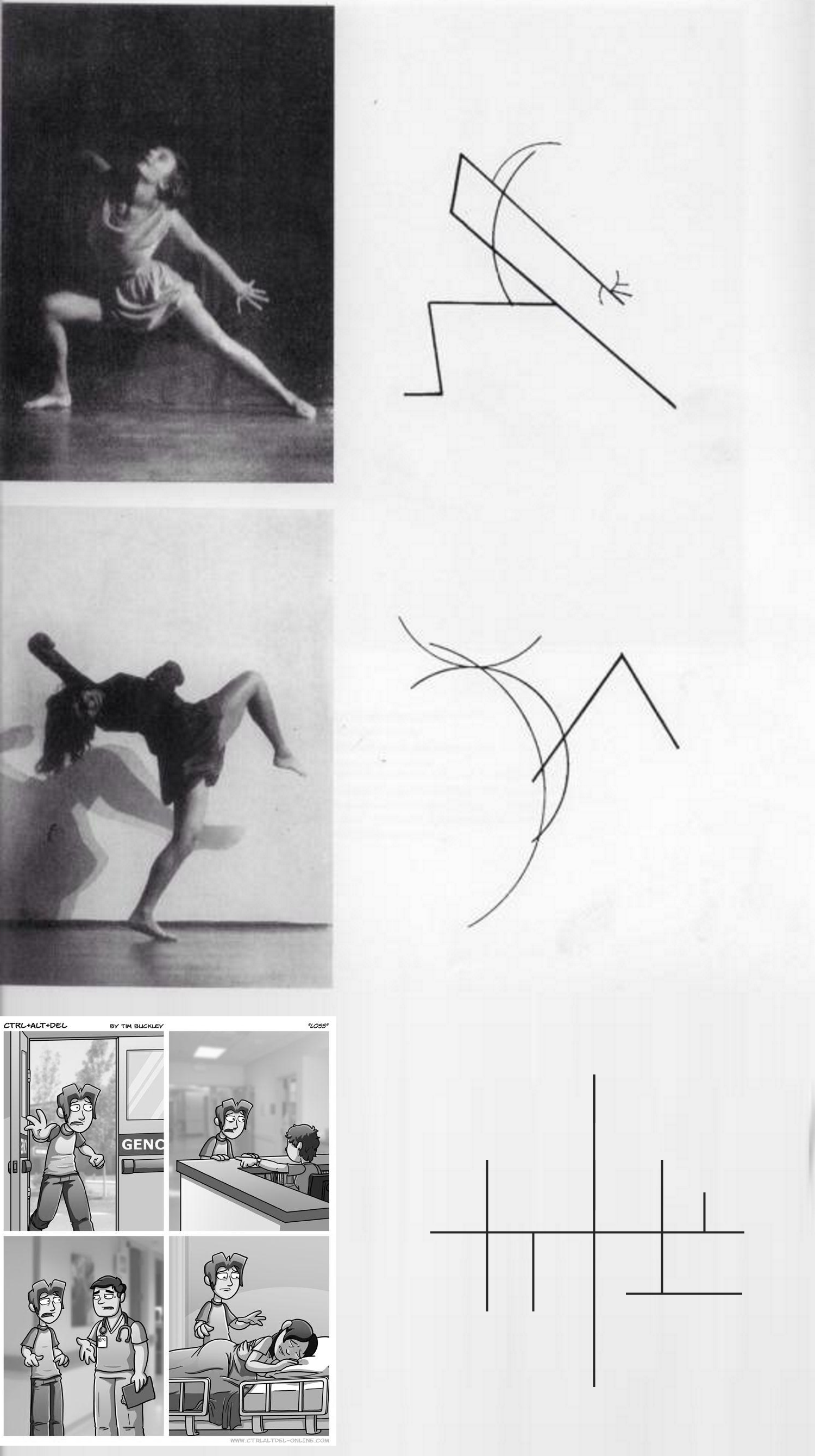 Wassily Kandinsky, a Russian-born artist who taught at Bauhaus, sought to depart from impressionism towards abstract expressionism. The drawings of the dancer Gret Palucca, an early pioneer of modern dance, are from an essay he wrote on the topic called ‘Dance Curves’.

It would be funny to say that this was all just a predecessor to Loss, but I’m not sure whether that makes exact sense. On the other hand, tracing back techniques used in memes to modern art is a safe bet, because it’s only natural that memers will use whatever tools are available to make better memes.

The meta-ironic movement has utilised many techniques pioneered by Bauhaus, such as the use of extremely minimised subject matters expressed through shapes, lines and blocks of colour. For example, consider Orange Memes’ classic ‘Orange Square’ series, which tried to turn the colour orange into a meme; Special meme fresh’s famous ‘Long Boy’; the use of very small, low-resolution images such as ShitpostBot 5000’s ‘PERHAPS’ sub-comments, is an example of the literal minimisation of the subject.

In order to pile on more layers of irony, meta-ironists must fit more content into the same space. Just as their size limits their complexity in microorganisms, the size of a memetic artefact (e.g. an image file, a video) limits its complexity. Distortions, simplification, implicit references all work towards allowing for more complexity in a given space.

I predicted in 2014 that, contrary to the traditional view that simple memes are what will catch on the most, memes will grow in complexity as they evolve. I still support this hypothesis. I further predict that older, simpler memes will be ‘revived’ or become ‘de-extinct’ and then developed into much more complex memes than they could have possibly been at their own time. The notion that old memes are stale memes, like old jokes are dead jokes, will be completely destroyed.

Spencer Ivy: Making a philosophy out of memes.

I agree with Admin’s thesis - and more precisely, his conclusion that the idea of a dead meme will be completely destroyed. If we take it to be true that ironists use memes as an artistic expression, and that artistic irony depends on imagistic parsimony without the loss of ironic complexity, then we will see a resurgence of old memes.

Whereas new memes must establish themselves within the memetic dialiectic, old memes carry with them pre-loaded implicit meaning. Thus, to fit more irony in less space, ironists will take the old meme, pre-filled with dialectic power, and revitalize it. Thereby, the ironist elicits irony not only in the re-use of what has already been “used up,” but also doubles down on that first kind of irony to give rise to a second kind; the old becoming new. What is at once recognizable, garners an experience entirely unrecognized in the dialectic, and is therefore, doubly ironic.

Edit: An interesting objection might be the following: “The doubly ironic reuse of old memes is parasitic on memes dying in the first place. For this reason, the concept of death in old memes cannot be destroyed without also losing the ability to revive them in order to maximize imagistic parsimony with ironic complexity.”

Anton Tintignac: The situation is simply that memes aren’t about jokes anymore, if once they were and expands all the possibilities they carry into a world as wide as the one of “regular” art

Francisco Barrios: thing is that memes weren’t even about jokes in the first place, the internet just made memes a joke, but by standard definition it’s just “a widely replicated idea that has the capability (capacity?) of evolution”